I feel so lucky finding myself in downtown Las Vegas again recently. This time around, it’s just as fun as it was or was it more? There’s simply nothing like downtown Las Vegas. It’s nothing like the strip. For even though the two can be found in the same city, they’re just two different worlds altogether with perks and highlights of their own.

The strip is the one you’ll often see portrayed on TV, in Hollywood and tourist guides. In comparison, downtown Las Vegas is the one you don’t see often. To me, it’s classic Vegas, and just like all classics, it has a special place in everyone’s heart, mine included.

Downtown Las Vegas is also the version of the city that doesn’t try very hard; it’s that self-confident. Just like two sisters, downtown Las Vegas is the one who feels that she doesn’t have to try too hard because she knows that she has it all. So that makes the strip the envious one who’s always striving to make a difference in everything she does. This also makes downtown Las Vegas the older of the two and in that sense, is the more mature one when it comes to the gambling lifestyle, the hotels, bars, and restaurants. And best of all, downtown Las Vegas offers lots of freebie entertainment when you know where to look. 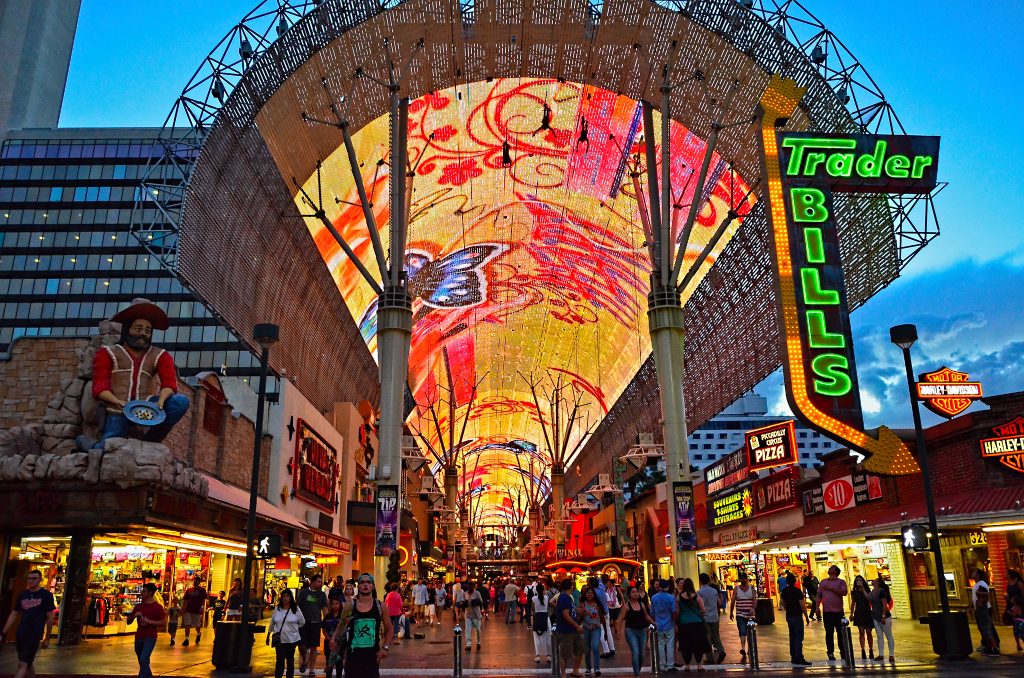 Yes, the prices on the strip are beginning to creep out a lot of people. Luckily, there’s downtown Las Vegas to turn to when you’re on a budget or plain want to save money to be able to visit the city more often. From a short preview of what downtown Las Vegas has in store, let’s get down to business in terms of the so-called Old Vegas bragging rights.

No casinos are like these anywhere on Earth. Just be sure to mind where you’re walking because the truth is, those sparkling bright and dancing lights atop the malls can steal all your attention. However, you don’t need to worry too much about the traffic. It doesn’t get as heavy here in downtown Las Vegas compared to you know where. And if you’re looking for street performers, the vast majority of them can be found in downtown Las Vegas. Pssst…every bar here has access to the casino, so if you’re here for the alcohol, there’s nothing to worry about. Everything is within reach. The screamers on the Slotzilla zip line can get just a little too much. Other than that, it’s all good.

Things To Do in Downtown Las Vegas

If you’re still sober after all the cheap drinks, you’re likely to end up just like me. That is, you’ll be doing way more gambling than anywhere else because your chips are worth so much more out here in downtown Las Vegas. Oops, I think I’m spilling way more secrets than I need to.

Now, the old school has a new come-on: great food. It wasn’t always the case, so it’s definitely a welcome change as far as downtown Las Vegas is concerned. What a way to adjust to the changing requirements of the times. If you want faster delivery times for your drinks, hop on to The Vue Bar. And when you literally get tired of playing games, there’s always the Cocktail Room out here in downtown Las Vegas. Welcome to beer country: the pilsens are cheap as they are plentiful in the area. The downtown Las Vegas passcode is quite simply, Happy Hour. 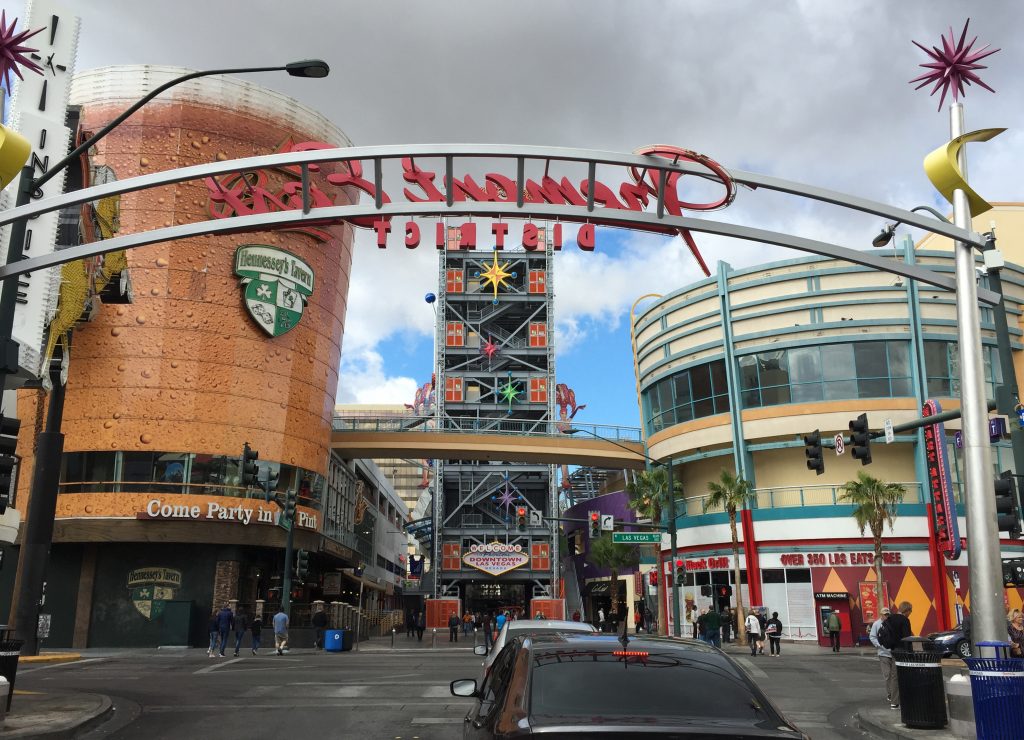 Unknown to many, downtown Las Vegas has many rare restaurants that can challenge every gastronomy known to man, woman, and child. Likewise, there’s a rich variety of little food outlets that sizzle with excitement like Therapy or Carson Kitchen.

So why not leave the prima donnas, celebrities, and fashionistas for a while at their game down on the strip? When you feel like a royalty who wants to dress down and see how the other side of town lives, there will always be downtown Las Vegas for you. And let’s all hope it never changes. Otherwise, there’s no sense in making comparisons.