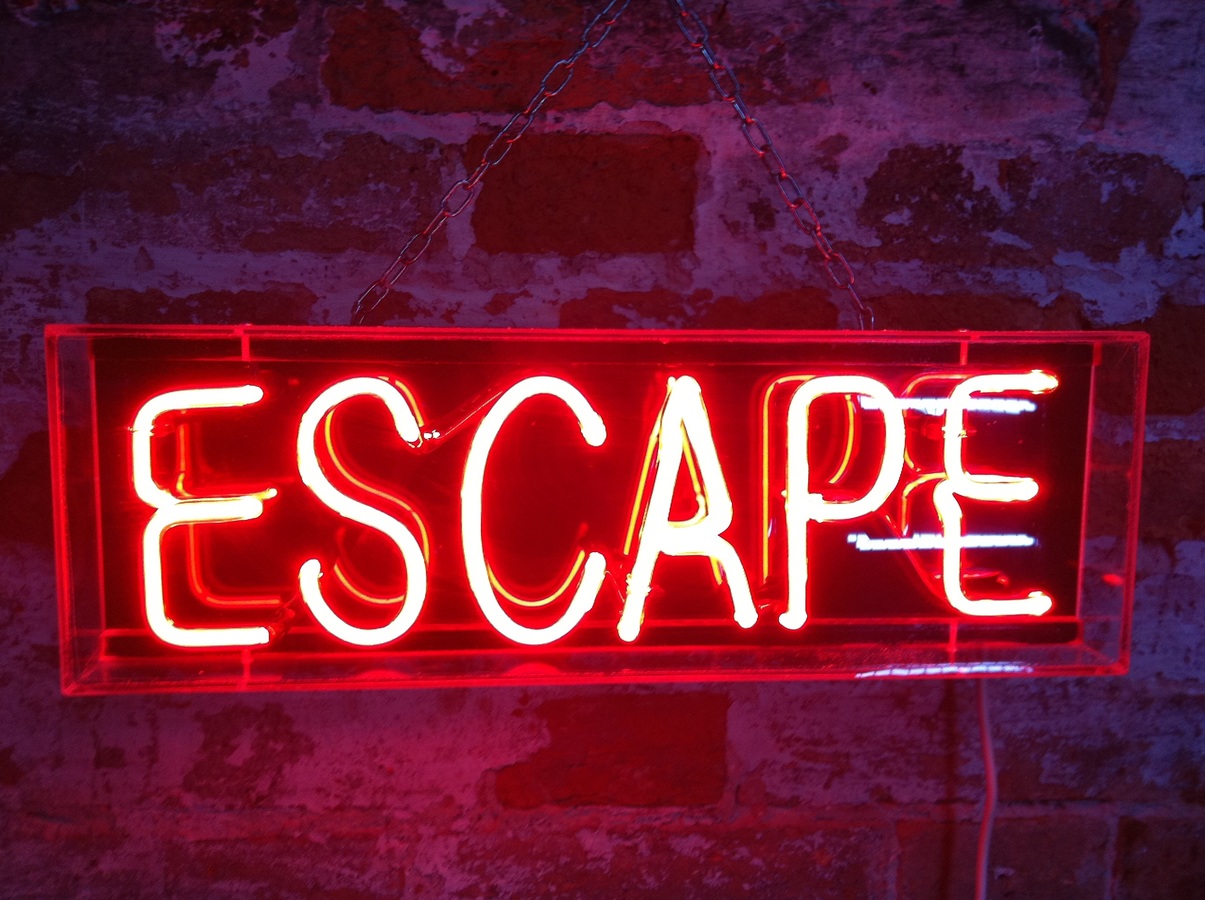 As Escape Room games are becoming more popular, many varieties of groups are beginning to participate in them, such as a group of friends, a birthday party, or an office team. Sometimes two or three friends decide to play and end up getting paired with a group of strangers. No matter how your group is formed, the rules are still the same: you and your group are locked in a room for 60 minutes. If you escape before the hour is up, you win. Don’t feel bad; a lot of groups fail. There are clues of some type hidden in the room which is left for you and your group to decipher. The goal of the game is to figure out how to escape the room by deciphering the clues that may also be hidden. It’s best to work as a group. If you find yourself in one of these groups, here are the top ten tips for escaping an escape room.

Before getting locked inside your Escape Room, make sure you go to the bathroom because you won’t be able to go once the timer starts. Most people won’t give it a thought, thinking it’s not a big deal. Then they get locked in and suddenly, it is a big deal! It’s better to go ahead and go before so that you’re sure it won’t be a problem once you’re locked in and need to be able to think!

There are two types of Escape Room games to choose from, Japanese and Norwegian. Teams are challenged to find clues using their observational skills in the Japanese style. Games rooms will be themed, like a video game. Clues will lead you to a bookshelf where the books need to be arranged in a specific order, which will, in turn, give you a numbered clue such as a combination lock or a riddle when reading the titles. This set of instructions would then lead you to a container with switches within that have to be flipped in a specific order which will then illuminate a secret compartment where a note is hidden…and so on

In the Norwegian style, challenges are placed in a dull room with a focus on the puzzles themselves, such as a box which opens up with pictures inside, a pendant that has a hidden secret, or a labyrinth with a ball inside. Each puzzle is connected to the next one. When you put all the puzzles together, you can find the key to escaping the room.

It’s not that either style is better than the other, but you should choose according to you and your group’s skills sets. Both are fun; both are difficult. Either can be insanely frustrating.

Don’t end up getting locked in a room with a bunch of people who don’t like each other! The first thing that will happen is a leadership squabble will erupt and before you know it, time is up, and no one accomplished anything. It’s also good to choose teammates that are good at math, problem-solving, or puzzles. You will have a better chance of getting out if you are at least familiar with others in your group. You don’t want to get locked up with someone with a temper problem, either. Losing tempers in these situations only leads to lessening the ability of the group to solve clues and escape. The group needs to work together as a team.

Observe every single thing in the room. Everything! Twice! Yes, it can be a little claustrophobic when they lock that door, but don’t let that stop you! Immediately start looking for clues and continue to stay active until you have escaped from the room or time has run out. Check everything. Anything can be a clue. Does the lamp unscrew to reveal a hidden scroll? Does the letter scratch out in a picture mean anything? Is that a pocket or look like one? Clues can be misinterpreted and probably will at first until a more precise picture begins to emerge. Connections will start to appear, leading you to more clues, which get pieced together, and you end up escaping from the room!

If you find something you think is a clue, bring it to the attention of the group. When anyone in the group finds what s/he thinks is a clue, discuss as a group why it is or isn’t a clue. If it is a clue, discuss together how it could lead to the next clue. Working together as a group is the best way of getting out of the room. To work together, you must talk to one another.

Write down clues if you need to. If you pick something up, remember where you got it from. One clue generally leads to another, so don’t forget how you arrived at your decision or thinking. Write down things you need to remember or that are important. Sometimes writing things down makes it easier to see how they connect or affect each other. Either way, you’ll have to put clues together to solve puzzles and unlock consecutive clues. Keep track of it all; you don’t want to forget something important to escaping!

I guess I forgot to mention the astronomical clock on the wall in each Escape Room which counts down the time, second by second until 60 minutes is up! Don’t let it force you into hurrying through clues; you may skip something important and end up getting stuck. Efficiently, go through all the clues, discuss possible outcomes or answers. Just keep working until you have no time left. You never know when you and your group will figure out how to escape with seconds left; it is still a win!

No matter how comfortable you may think the puzzles are, more than likely, you’ve missed something or made something up out of nothing by misinterpreting a puzzle or doing a puzzle out of something that wasn’t even a clue. Don’t get upset if what you guess is wrong; learning what answers are wrong leads to finding the answer which is right and will lead you out of the room! It’s also better to be able to completely rule out something as not being relevant than to overlook something because you assume it’s irrelevant. Make sure!

If you solve a puzzle or clue which then leads to another, you’re probably on to something. Don’t let someone else talk you out of pursuing it or convince you that it doesn’t help with escaping the room. You never know what may help you escape a room. That’s part of the fun! Besides, it is very satisfying when your clue leads to another puzzle which ends up leading to solving how to escape the room! If you find a clue, stick with it.

#1- REMEMBER THAT IT’S JUST A GAME

Winning is impressive, but failing to escape the room is not the worse thing. Yes, it is frustrating, and it’s even more so to hear you ”almost” had it. Remember to take that ”five more minutes, and you guys would have had it” or ” you were on the right track, just ran out of time” and run with it. It’s just a game. You almost won. It will get you ready for the next time you decide to play an Escape Room game!

Want to try a fun escape room game? Go to our fun Las Vegas escape room today at this address:

Also visit us online at numberoneescaperoom.com